A fine and large English sailor’s woolwork portrait of the HMS Eurydice, a 26 gun frigate of the Royal Navy built in 1843, the ship’s portrait in a vignette surrounded by naval flags alluding to her service in the Crimean War, the lower section adorned with naval cannon, military drum and decorative stars, the upper section surmounted by a crown flanked by naval cutlasses. Eurydice served with distinction in different theatres of war before converting to a training ship. Since her loss in 1878, she has gained a reputation as a ‘ghost’ ship haunting the seas around the Isle of Wight and has been sighted several times over the years, latterly by Prince Edward and the film crew of ”Crown and Country” in 1998 as well as by the commander of a Royal Navy submarine. In antique maple frame and original float glass. 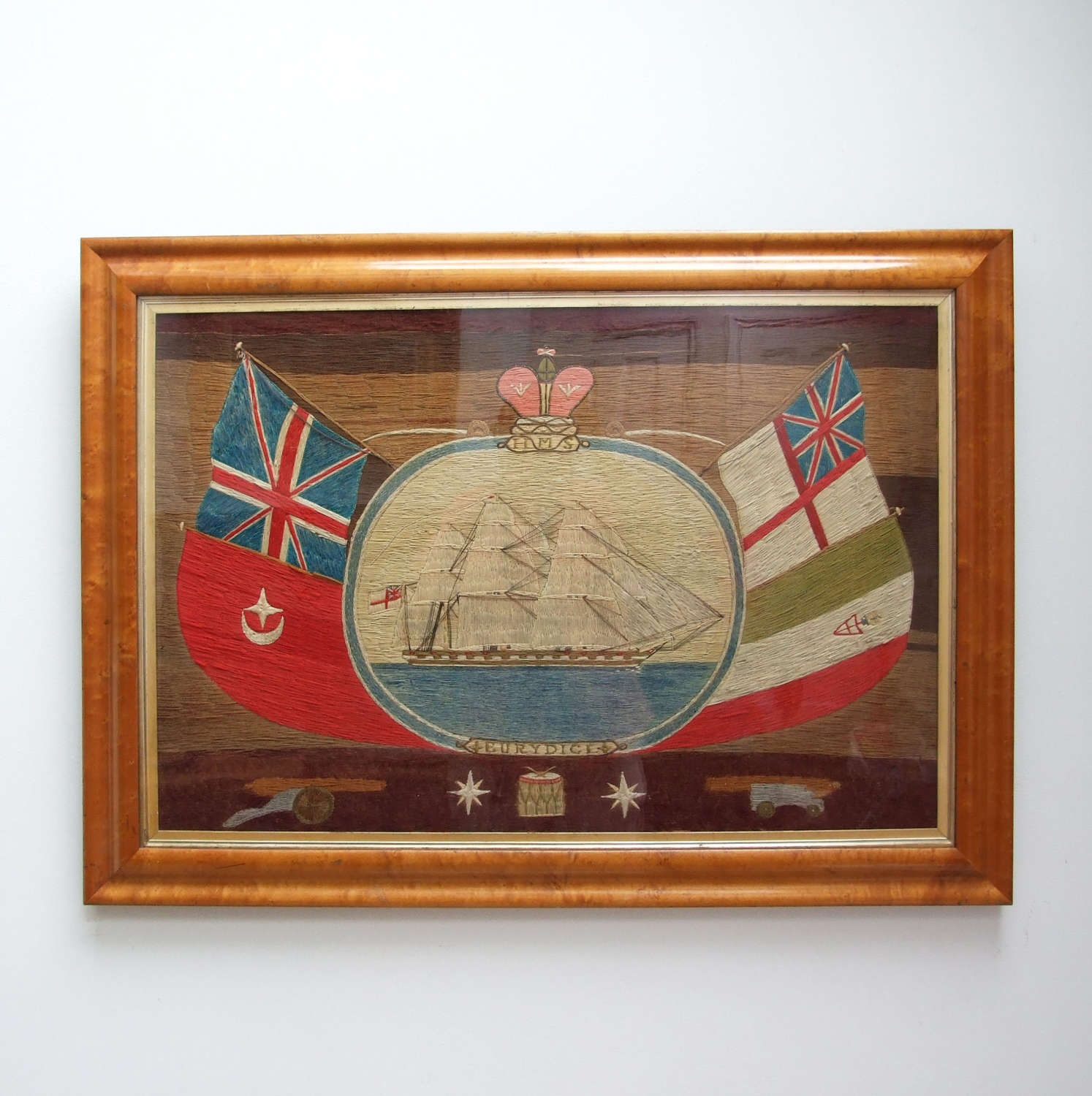