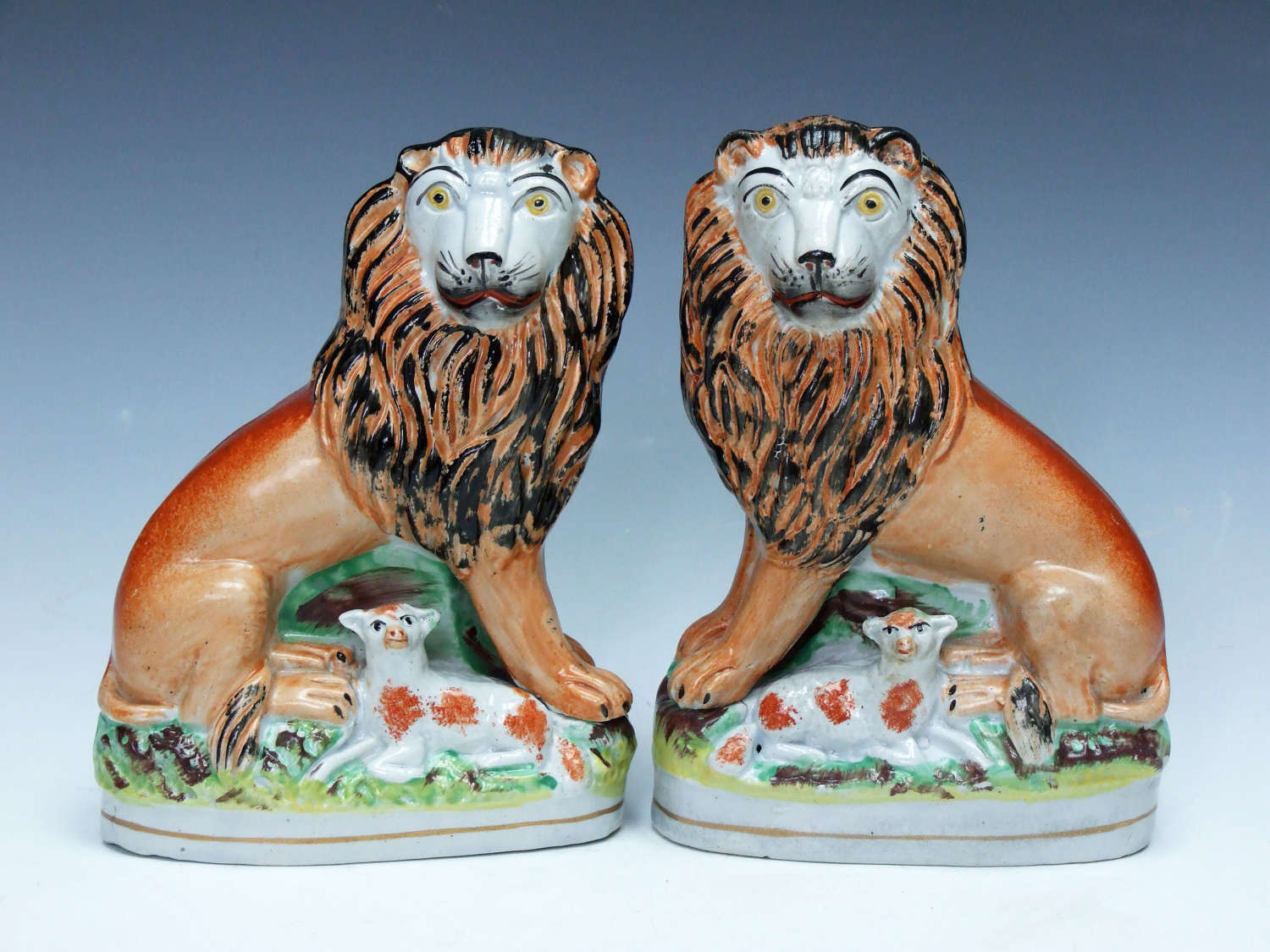 An extremely charming and extremely rare pair of Staffordshire ‘lion and lamb’ pottery figures. This sought after group commemorates the visit of the famous American lion tamer Isaac van Amburgh to the UK in the 1830s, where his act caused a sensation, especially when he made a ferocious lion lie down with a lamb without the seemingly unavoidable consequence, a reference to the prophet Isaiah in the Bible. Queen Victoria was one of his greatest fans and attended his performances many times as well as commissioning a famous painting of him surrounded by his wild beasts by Sir Edwin Landseer which was exhibited at the Royal Academy.
This model was produced in 3 sizes, all of which are rare, but this the smallest and the rarest of them all. It is the only pair I have ever seen. English c 1840 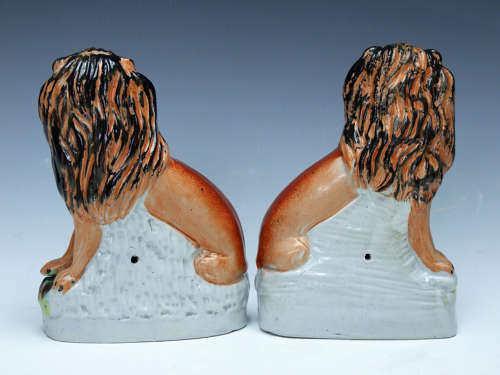 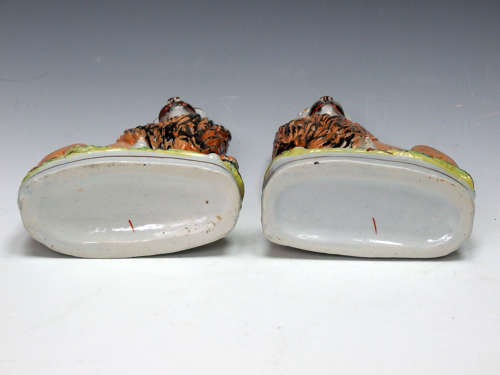