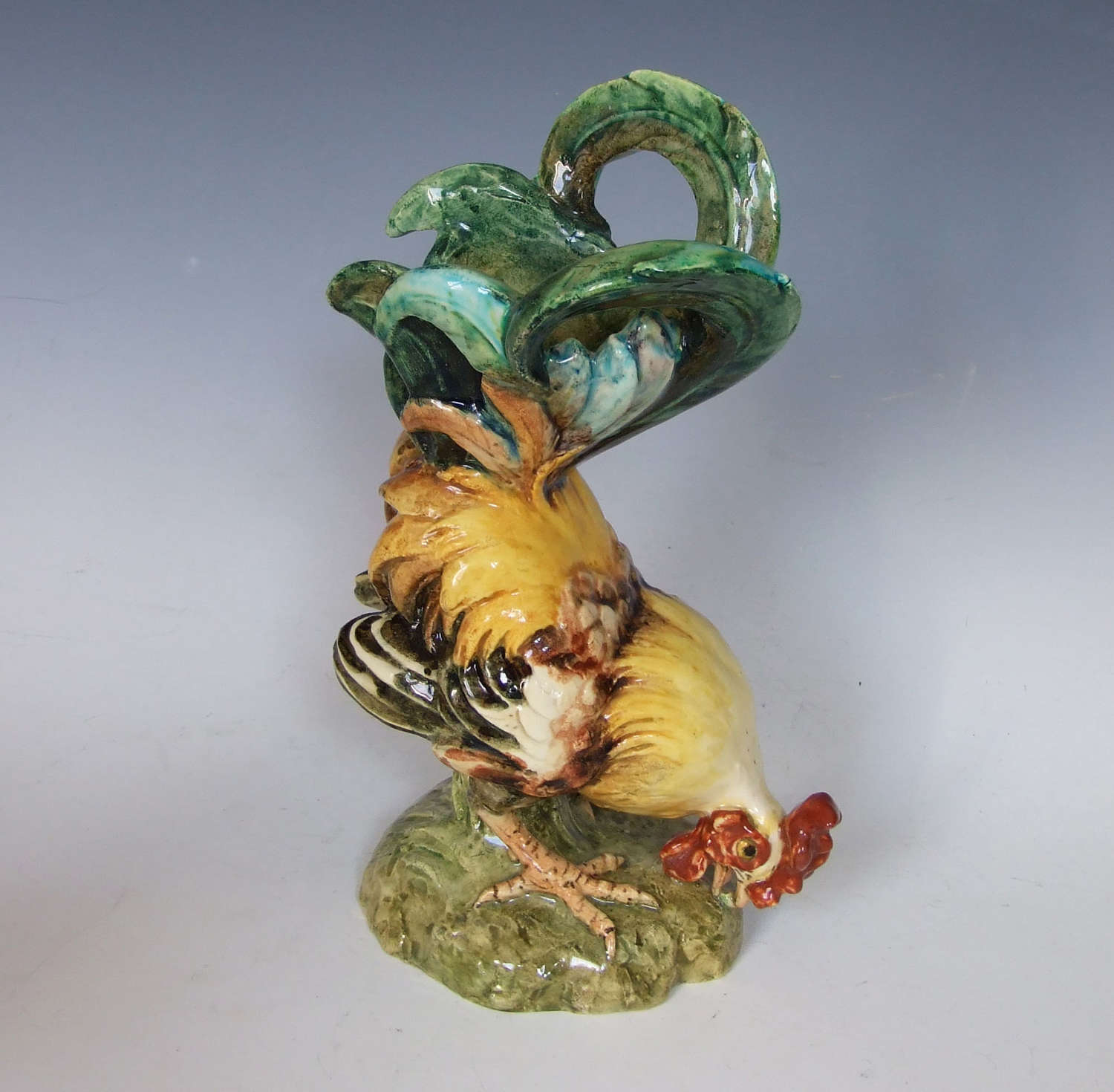 A wonderfully flamboyant majolica vase in the form of a pecking rooster by the legendary French artist and potter Edmond Lachenal, whose works are rarely seen on the market and many of which are held in several international public collections. A frequent exhibitor, Lachenal was often awarded medals and other distinctions and at the 1889 World's Fair in Paris, Lachenal was at last awarded a gold medal.
This highly unusual piece is notable for its finely sculpted tail feathers and its brightly glazed plumage. French c1885 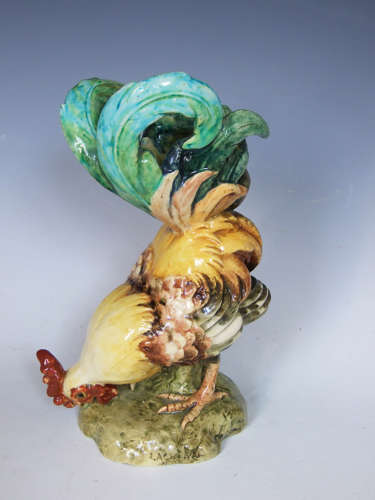 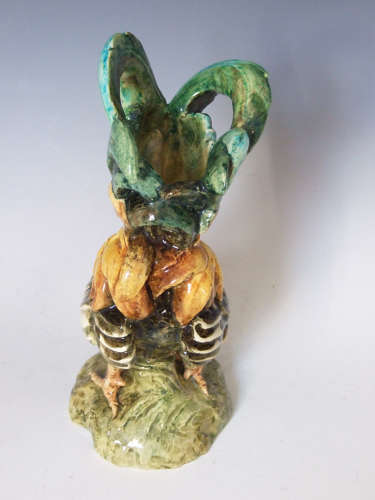