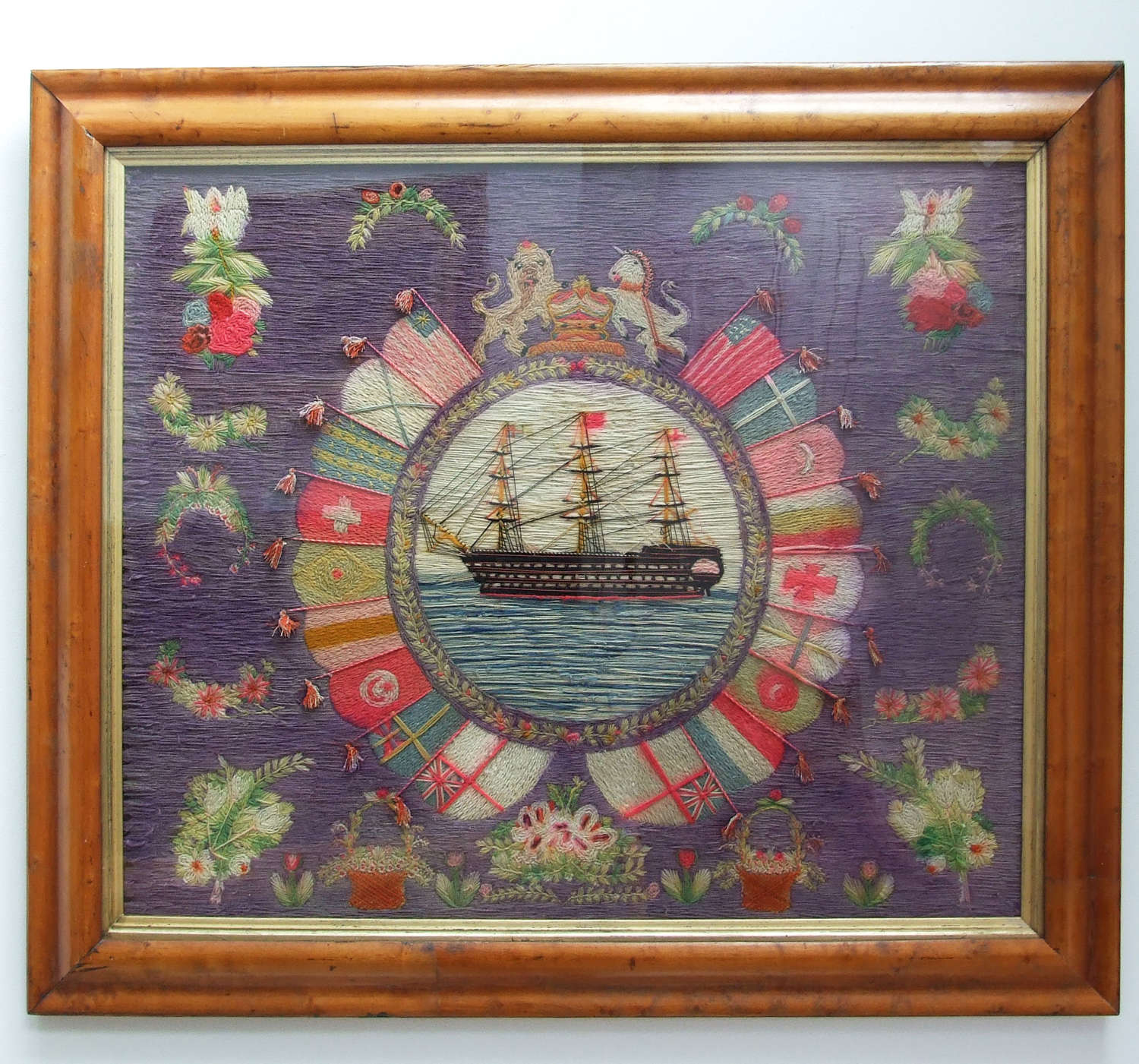 Colourful sailor's woolwork portrait of a Royal Navy ship of the line.

A large, highly colourful and unusual sailor's woolwork portrait of a 120 gun Royal Navy 'ship of the line' of the first half of the 19th century. With a very unusual and vivid purple backgound, the ship is pictured in a laurel wreath bordered vignette, surrounded by eighteen national flags and ensigns, topped by the British coat of arms flanked by the lion & unicorn. The background is further enhanced by a plethora of finely stitched and colourful floral displays and baskets. In antique maple frame with antique float glass.
The ship of the line was the most powerful and heavily armed warship of the Royal Navy and 120 gun ships were the largest of this type.